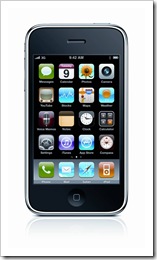 Seven years of Apple Tablet PCs rumours may be finally reaching a climax. There are currently hundreds of news sources online predicting that the device will be ready for US customers before Christmas.

The device is rumoured to have a 10 inch screen and inbuilt 3G.

If Apple sticks to the iPhone script, the Apple Tablet PC (Newton II?) is likely to be a fantastic eBook reader, music and movie player, social media and general communications device.

We hope that the release of an Apple Tablet will push innovation in the UMPC space. UMPCs have been held back so far due to the lack of hardware innovation and poor processing performance.

If the rumours are true, Apple has timed its run perfectly because of two technology innovations:

UMPCs will also be able to leverage these improvements as well as the touch screen improvements of windows 7. We have already seen some very interesting devices this year like the 3G enabled Viliv S5 and X70.

The Asus Eee PC T91 will be upgraded with a multi-touch capacitive screen on the release of windows 7. We are also waiting for the Google Android tablet device announced earlier in the year.

So what is sure is that touch computing is going to get a whole lot better in the next 12 months.