I’ve been using the Concepts app quite a bit on all my Surfaces… Surfii? Anyway, over the last year, I’ve been tracing, drawing, and creating with the Surface Pen and Concepts on the Surface Go 2, Pro X, Pro 7+, Studio 2, even the Surface Hub! Wow, what a fanboy!

But recently, I was super excited to discover some new features that just arrived in Concepts on Windows. Live snap and custom grids. Now I’m not an artist, and I’m not approaching this as an artist. But I’ve been looking for a tool that supports me to create. For example, to sketch a structure, an idea, or to create a logo concept or a T-Shirt design.

And I’m happy to say that we now have this on Windows with Concepts.

For example, I could be sketching an isometric street scape. I can set the grid to iso and turn on snap and start drawing some straight lines. We’ve seen this type of tool before on apps like Adobe Fresco on Windows and Procreate on the iPad. But they’ve been sorely missing from Concepts on Windows. And since Adobe still have not brought Fresco to Windows on ARM two years after they promised it, I’m happy that Concepts have!

Concepts is a vector based drawing app, meaning that we can select an individual line after we’ve drawn it and change its properties. And unlike most drawing apps, we can also change or scale that line and export it at any resolution without reducing its quality. And that really lends itself to the creative process. It has layers, touch gestures, it supports images, and there are many brush and material styles that you can purchase within the app.

Concepts Stands Out from Other Similar Apps

Unlike Procreate which is unnecessarily iPad only, the folks at Concepts have made a deliberate decision to create a great drawing app that’s not tied to one big tech company or device. Sure, the Concepts iOS app is currently loaded with features that you won’t find on Windows and Android… At least not yet. But the Concepts team have published a roadmap that I’ll link to here, and they’re bridging the gap.

The article is an interesting read and there is some commentary about the economics of developing an app like this on Windows and Android. Excitingly they mentioned that their investments in these platforms are now paying off, which is great news for the future of both Concepts and content creation.

If you want to support a company that has invested in making tools that work the way you do, then jump into the Microsoft Store and grab your free copy of Concepts. And while you’re there, buy a couple of Pro features or sign up for the annual subscription! If you do subscribe, you can unlock and access that single subscription on Windows, Android, and iOS devices. What a great model for building software!

I’m not paid or compensated by Concepts in any way for this content, but I’m happy to support companies that support us! Subscribe to oztabletpc on YouTube to learn more about Surface and Microsoft 365.

I’m excited to share with you today the ultimate mobile display accessories. Espresso makes two portable USB-C touch screen displays – a 15-inch and a 13-inch. At just 5mm thick with aluminum construction, they are the thinnest portable touch screen monitors in the world! And their three key accessories make for the ultimate mobile office. END_OF_DOCUMENT_TOKEN_TO_BE_REPLACED 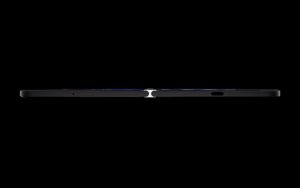 Back on September 22nd Microsoft launched 8 new products. And I’m personally most excited about the new Surface Duo 2. Should we call this the two two, or the 22? I’ve been a Samsung user since I ditched the iPhone many, many years ago. For the last few years, my Samsung of choice has been END_OF_DOCUMENT_TOKEN_TO_BE_REPLACED 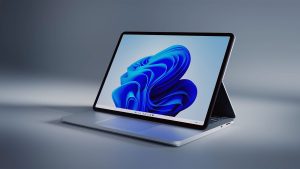 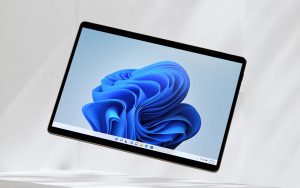