It’s been an incredibly busy time here at Tablet PC and I’m ashamed to say that this one slipped by without a shout! Motion Computing have updated the F5 series to the Motion F5t. Take a look at it: 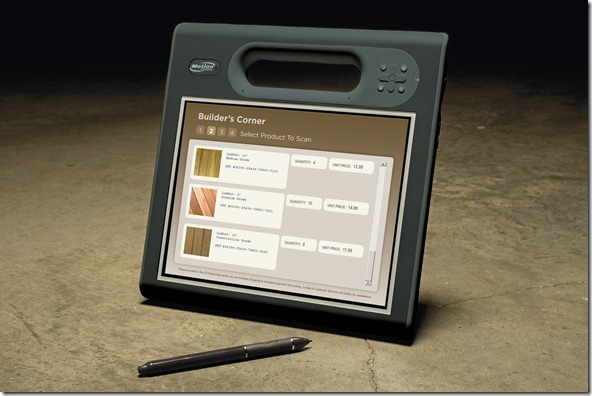 Well ok, yes, the Motion F5t doesn’t look any different on the surface (much like Apple’s new iPhone) but on the inside the F5t is a complete redesign.

Having said that, all of your existing accessories – desktop, stacking and vehicle docks, port bars, car chargers, batteries, pens and cases – all still work the same with the F5v meaning that you don’t need to throw away all of your existing infrastructure to use the F5t (unlike the iPhone).

It’s shipping now and I’ve been using it for about a week. My first impressions:

Of course, being fast means that you never have to wait for even the most complex of applications to load up. It’s pretty much instant. After all, who wants to wait?

The unprecedented processing power of the F5t will open up all sorts of applications that you never thought were possible for this beast. Think 3D mine site mapping in Leapfrog etc…