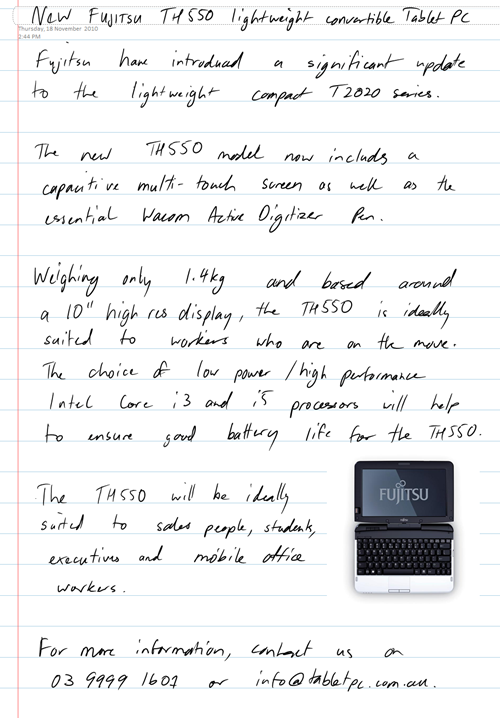 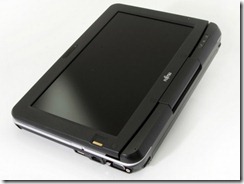 Fujitsu have introduced a significant update to the lightweight compact Lifebook T2020 series.

The new Lifebook TH550 model now include a capacitive multi-touch screen as well as the essential Wacom Active Digitizer Pen.

Weighing only 1.4 kg and based around a 10" high res display, the TH550 is ideally suited to workers who are on the move. The choice of low power thigh performance Intel Core is and if processors will help to ensure good battery life for the TH550.

The TH550 will be ideally suited to sales people, students, executives and mobile office workers.