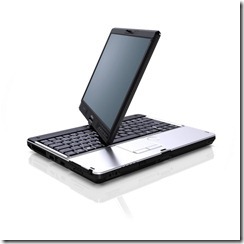 There are two variations due for Australian release in April and June 2011.

Updated features for April model include:

Updated for June model (in addition to the above):

For several years now, there has only been one Tablet that offered integrated graphics (HP Tm2), but it wasn’t up to business standards. For customers who wanted to do things like run AutoCAD, Advanced Video Editing or Graphics work there were simply no great options… until now.

The new T901 will be the only Tablet PC available with dedicated graphics (HP Tm2 is no longer sold in Australia). Coupling the NVIDIA Optimus GPU with the Intel Core i7 should make the T901 the most powerful Tablet PC on the market by far.

For detailed specs, visit the Fujitsu US website. Bear in mind that the Australian configurations have not yet been announced and selected configurations from this document will be available.