One of the most significant upgrades to the Windows 8 tablet experience is the new tablet keyboard. My experience – years of typing on iOS, Android and Windows 7 keyboards – informs me that the Windows 8 keyboard experience is easily better than all others with the possible exception of Swype on Android.

Looking back at the Windows 7 tablet keyboard, it’s easy to see that this was a legacy from the early days of the Microsoft Tablet PC. The handwriting panel had received many significant improvements over those 10 years, but the keyboard pretty much stayed the same.

There was no auto-correct (there was auto suggest) and the standard keyboard size was sub-optimal (you could easily resize it, but in my training journeys customers almost never figured this out).

Looking at it now, you can see that there wasn’t a lot of thought in it. It’s a regular keyboard on the screen.

With Windows 8, Microsoft engineers spent countless hours on a radical re-think of the on-screen keyboard. No doubt they were spurred on by the advances in touch keyboards on other platforms and the fact that the Windows touch keyboard had been left well behind.

Eye tracking studies were done to determine how people coped with using on-screen keyboard variations. Designs were stripped back to focus on making the keyboard easy to use while ensuring the highest typing accuracy.

The result speaks for itself.

You can do that here: 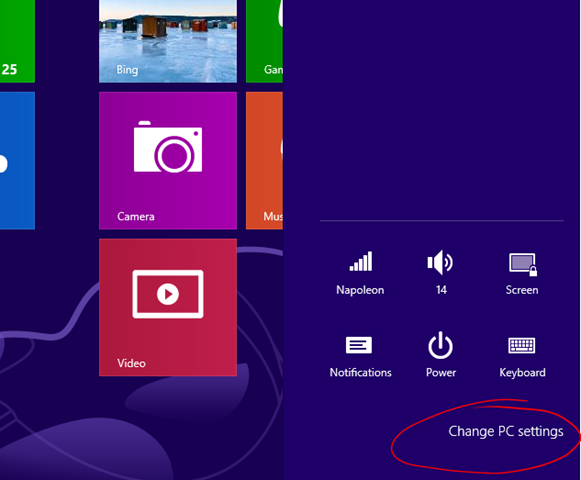 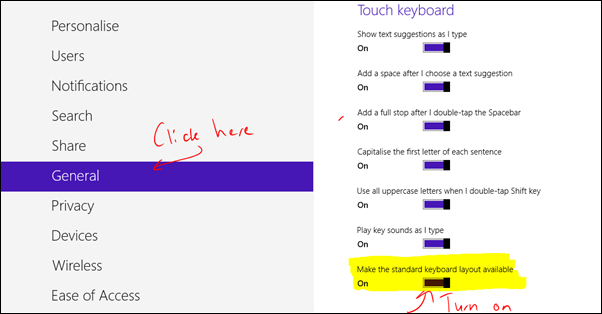 I prefer to have numbers and symbols immediately accessible on the touch keyboard, especially when performing tasks such as typing passwords. The keys are slightly smaller in this mode, but it works for me.

To switch between keyboard modes, you just hit the IME key on the bottom right corner.

There you can choose from the whole selection of tablet input methods including handwriting recognition.

You can read an in depth discussion on the Windows 8 tablet keyboard here at the MSDN Windows Blog.

And of course, the best place to buy windows 8 tablets is here.

Here’s a brief video from the BuildingWindows channel. You’ll find some tips for using the Windows 8 tablet keyboard in here.