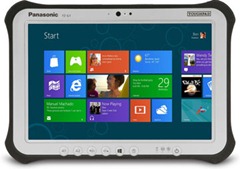 Panasonic have announced a new rugged Windows 8 tablets coming this quarter called the Toughpad FZ-G1. We got some hands on time with the G1 yesterday and are finally impressed by a Toughbook tablet!

Toughbooks like the legendary CF-18 and CF-19 have an extremely good name in sectors like mining and utilities. When it came to tablets though, the Japanese manufacturer generally came up short with poor screen choices and bulky designs (Toughbook H1 / H2 for example).

It seems that the Panasonic engineers might have finally let go of that convertible tablet design heritage and built an awesome field rugged Windows 8 tablet.

What could be better:

None of these are deal breakers though and the Toughpad FZ-G1 is a breakthrough Windows 8 tablet. Pricing is expected to be competitive in the rugged tablet market.

As usual, 3G options are destined for Australia since suitable multi-band embedded 4G devices are not currently available for PCs.

The Panasonic Toughpad FZ-G1 is available to purchase now from the Tablet PC Store,  and by calling Tablet PC on 1300 110 101.

Take a look at our photos of the production sample of the Panasonic Toughpad FZ-G1 rugged Windows 8 tablet in action: 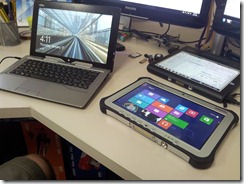 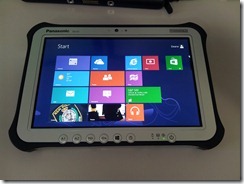 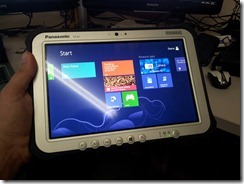 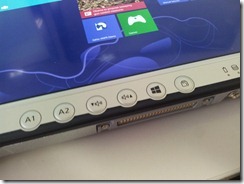 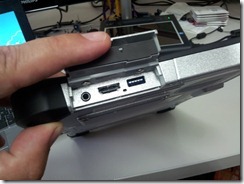 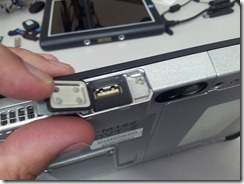 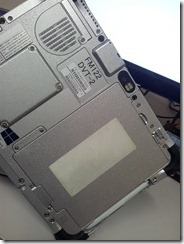 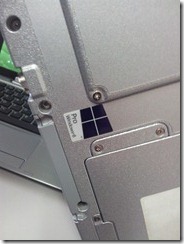 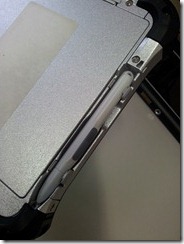 The Toughbook FZ-G1 kicks of 2013 to a great start. We’re calling it the year of the Rugged Windows 8 tablet!