And just in case you missed it, don’t get the wrong idea, you can happily continue to use the OneNote that you prefer. Although Microsoft has restarted development on OneNote desktop, you don’t need to change. As it stands in 2021 Microsoft are supporting both versions. But as we’ve said before, we expect but that gap between the two apps will close.

Personally, I use OneNote for Windows 10 (the app version) to take notes, to write my scripts to work on ideas and to store articles and web clips on topics that I’m researching. And here are the reasons that I will continue to use the app until OneNote Desktop catches up.

OneNote for Windows 10 is Faster

Firstly, the app is faster. Not to load. They load at about the same speed on my machines. But it’s faster to sync with your notebooks and other devices. So, when I’m sharing a notebook with other people via OneNote for Windows 10, it’s much faster to sync. Others will see my updates, usually within a second or two.

OneNote for Windows 10 is lighter on battery usage

I haven’t compared it in a long time, but the app version used to be much lighter on battery too. Chances are, it’s still better. But I’d expect that to change as the code for OneNote Desktop gets updated to the modern standard. And I’d suspect that the new faster sync might have an impact on that when it arrives.

Another reason that I use OneNote for Windows 10 is that is a much simpler, cleaner, and more modern looking app. The toolbars look nicer, they take up less space and it looks much cleaner because of that. One of the key reasons that I use OneNote in general is that it is a clean slate. I can work on content without the distraction of formatting, and messaging diverting my focus. And OneNote for Windows 10 is better at this than the OneNote Desktop which looks tired in comparison.

One thing that looks outdated in OneNote Desktop is the Draw tab that dates to OneNote’s launch in 2007. Even Word, Excel and PowerPoint have updated this toolbar and added new features since 2016. But OneNote Desktop still has the Draw menu from 2007. And while the app version has the latest draw features and low latency inking capabilities, the Desktop version desperately needs an update. For example, you’ll notice that pencils and shape recognition are missing when compared to the app.

I use the dictate feature to create scripts a lot. It makes a lot of sense in the right environment to be able to capture content this way. More so if the content will be spoken. You won’t find Dictate in OneNote Desktop currently. It is in Word, Outlook, and PowerPoint, but not in OneNote Desktop. But in the meantime, I’ll happily keep using it in OneNote for Windows 10.

When you’re switching between the app on other platforms it is more consistent and relatable. This includes OneNote.com on the web, Microsoft Teams, or OneNote on iPad. As I’ve been a OneNote user since 2002, I know what I’m looking at in both apps. But I prefer the layout and flow of the navigation in OneNote for Windows 10. It’s because it gives me more vertical space to work with, since the tabs are not at the top. I find it less distracting having it all together on the left.

I also love that I can toggle the navigation off quickly by clicking on the Notebook icon. By toggling the notebook navigation on and off, I can easily have two pages sitting side by side. So, I can reference one page as I type on the other page. That said, there is a little bit of wasted space in the nav bar on the left.

OneNote for Windows 10 has direct camera integration. This is great on devices like my Surface Pro and Go, as they both have documentation cameras onboard. OneNote Desktop does not have this feature at all. A little sidenote, we created a documentation camera app called GeoTabCAM. That adds camera functionality into Office Desktop apps like OneNote.

So, there are a few reasons that I use OneNote for Windows 10. I hope that this comparison helped you to evaluate the advantages of the two apps. Although we’re still dealing with the two-app problem for now, the future is looking bright for OneNote.

We’re celebrating 20 years of OneNote over the next 12 months by releasing a free video training series on YouTube.  The training playlists will go live on September the 1st. So, make sure that you subscribe to the oztabletpc YouTube channel and hit that bell to be notified. 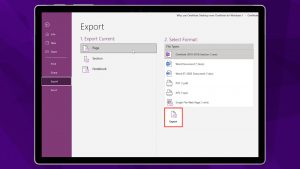 Now that Microsoft have started updating OneNote desktop again, the question needs to be asked what can it do that OneNote for Windows 10 can’t? Now don’t get the wrong idea, you can happily continue to use the OneNote that you prefer. As it stands in 2021 Microsoft are supporting both versions. But as development END_OF_DOCUMENT_TOKEN_TO_BE_REPLACED 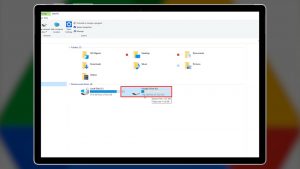 For years now Google have acted like Windows is the subsystem that runs the Google chrome browser. They don’t publish any apps for Windows at all really. It’s a shame because most of their customers use Windows. Thankfully, there has been a push towards progressive web apps or PWAs. So some apps can now be END_OF_DOCUMENT_TOKEN_TO_BE_REPLACED

Another OneNote announcement recently hit the Office 365 blog with some more information on OneNote and the changes for the future. OneNote Changes and Updates! As expected, the OneNote app (formerly known as OneNote 2016 or OneNote Desktop) will be updated to include the best features of OneNote for Windows 10. This means we will END_OF_DOCUMENT_TOKEN_TO_BE_REPLACED 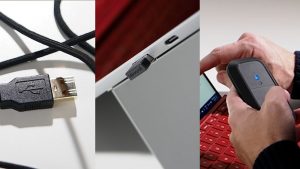 In this blog I’ll run through the best mice for your Surface. We’ll cover everything that you need to know to set up and use a mouse with your Surface. Plus, I’ll share what type of mouse I use, and a few other options along the way. And just for fun, I’ll share a bit END_OF_DOCUMENT_TOKEN_TO_BE_REPLACED